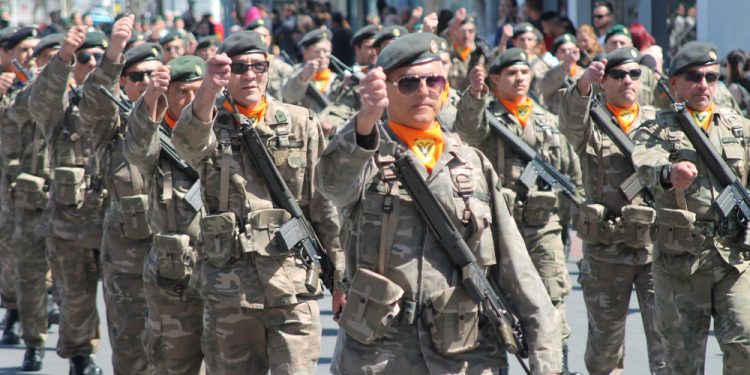 Chad Wolf, Acting US Secretary of Homeland Security, notes the CYCLOPS is to train the officials on customs, border, maritime and cyber security techniques.

The centre worth some 4 million euro will provide instructions to officials on how to protect crucial infrastructure and cooperate on cross-border investigations. The US is to build a mobile facility as well as provide trainers and equipment, with the CYCLOPS expected to be completed by the end of the year.

Besides the mobile facility, the centre will include a mock border crossing and a passenger screening area, with Wolf pointing out “these training platforms will serve as a hub that works in close coordination and association with partner countries in the Mediterranean, the Middle East, and elsewhere.”

He notes the CYCLOPS will be comparable to the facility that the US Department of State set up in Central America over a decade ago. The plan to build the centre reflects US’ renewed engagement in the Eastern Mediterranean, Wolf points out, and shows “the strong relationship between the United States and Republic of Cyprus.”

Nikos Christodoulides, Minister of Foreign Affairs of the Republic of Cyprus, says talks are underway with US officials and the European Security and Defence College to include counter-terrorism training in the centre’s operations.

The agreement to launch the CYCLOPS in Cyprus was struck in September last year, when US Secretary of State Mike Pompeo visited the island nation.

Security cooperation between the US and Cyprus has strengthened in the last years and culminated in US Congress’ approval of the Eastern Mediterranean Energy and Security Partnership Act in 2019, which reaffirms US support for partnership between Cyprus, Greece and Israel based on energy.

In line with the Partnership Act, the US is providing Cyprus with funding for military training and has partly lifted the arms embargo enacted 33 years ago with the aim of preventing potential harm to talks with the breakaway Turkish de facto state of Northern Cyprus.