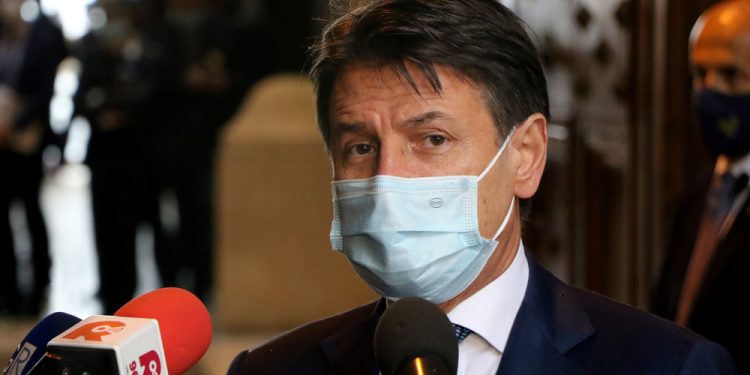 Renzi is accusing Conte of a power grab and criticises his spending plan for the EU recovery package worth an estimated 196 billion euro.

While friction in the flimsy ruling coalition is not a new phenomenon, Renzi could follow through at the worst time as Italy is dealing with the coronavirus crisis and a recession, and has recently taken over the G20 presidency.

Renzi’s party is a junior partner in the ruling coalition, but his withdrawal of support could bring down the government as its majority in the parliament is slim.

Conte could do a reshuffle, offering Renzi and his party colleagues top jobs in the government and management of EU funds, but Renzi warns a reshuffle would not be enough.

If Renzi decides to pull his support, Italian President Sergio Mattarella could give Conte an opportunity to form a new coalition. In this scenario, composition of the new coalition will likely be very similar to the current one, with Renzi’s party replaced by independent and centrist lawmakers.

As both Renzi and centre-left Democratic Party (PD) lawmakers have criticised Conte, the price for forming a new coalition could be installing a new PM. Italian media speculate that Conte could be replaced by a PD member, but voters favour the centre-right, opening the door to former Interior Minister Matteo Salvini.

Conte’s second government was formed in September 2019 with the aim of preventing Salvini from coming to power. The Five Star Movement (M5S) joined forces with the PD to keep Salvini out as well as to avoid snap elections that would further erode M5S’ declining support.

The window of possibility for holding early elections is closing as Mattarella’s term ends in February next year and the President cannot dissolve the parliament in the last six months of his term, which means the window closes in August this year.