What Covid Did and Did Not Change 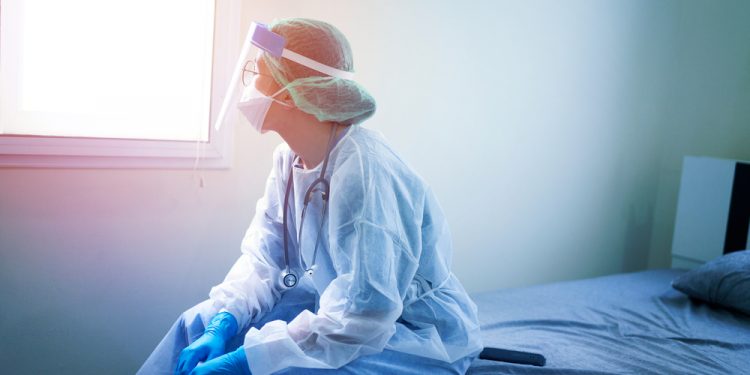 New York (Brussels Morning) As the Covid-19 pandemic now enters its second year, it is useful to assess its global impact. As of New Year’s Day, roughly 1.8 million people around the world had died of Covid-19. However, the death toll from Covid-19 only tells a small part of the story because had people around the world not radically changed their behavior, that number would have been much, perhaps exponentially, higher.

Thus, theimpact of the Covid-19 on things like economic activity, mental health, years of education lost and the like are major parts of the toll of this pandemic.

Covid-19 was also an extraordinary event because it had particularly acute impacts on the two most powerful countries in the world. The pandemic started in China and although the Chinese were able to control it somewhat, the lack of transparency there contributed to the spread of the disease and to the inability of the rest of the world to react in a more timely manner.

The pandemic was uniquely devastating in the US, the country which, as of five years ago, was more prepared to combat this kind of crisis than any major country in the world. The failure of the US, from both a public health and governance perspective, led to economic crisis, heightened political tension and more than 350,000 deaths due to Covid-19. In other words, in this global pandemic, more than one out of every six lives lost was in the world’s wealthiest and most powerful country.

Crises like this frequently reshape global power and reshuffle the geopolitical deck. While the pandemic is still not over, the end is in sight as the vaccine is being distributed and will be distributed more broadly in the coming weeks and months. As the world begins to emerge from the pandemic, it is possible that less has changed than might have been expected.

While there has been tremendous suffering in many countries, there have been few examples of basic alliances or alignments changing, of regimes collapsing, particular countries becoming dramatically weaker or stronger or of any of the other disruptions associated with global crises of the past.

World War I, for example, helped bring about the Russian Revolution, while both World Wars helped catapult the US to a position of greater global power. The end of the Cold War led to the collapse of two states, the USSR and Yugoslavia, and the creation of many new countries in their wake.

The Covid-19 crisis has yet to lead to any geopolitical development of comparable significance. In fact, one of the strangest things about Covid-19 has been how little it has changed with regards to geopolitics. Before the pandemic, climate change represented an existential threat for which global leadership seemed wildly unprepared.

That remains true today. Similarly, China’s ascension, but ongoing low to mid-level instability, and the crisis of American democracy both pre-date the pandemic and both remain major concerns today.

Ironically, on some respects, Covid-19 may have been a stabilizing force. In the US, the pandemic may have helped bring an end to the presidency of Donald Trump.

Had Trump been reelected the rollback of American democracy, domestic political division and declining American would have accelerated. Joe Biden’s victory does not mean all those things will be reversed, but they will be slowed down.

One reason why the pandemic may have been a stabilizing force is that while it had a unique, and negative impact, on the two most powerful countries, the impact of the disease was global. Almost all countries saw loss of life, declining economic production and some form of shutdown related disruptions.

There are no rising powers that handled this crisis uniquely well thus enhancing their standing in the global arena. The countries that seemed to have done the best with this pandemic, such as Taiwan or New Zealand, are medium sized countries with no aspirations for a larger role in geopolitics.

Despite this, Covid-19 may still have an enormous impact on global politics in 2021 and beyond, but in ways that are less direct. On the positive side, it may lead to a greater understanding of the need for cooperation between states to address and be prepared for challenges like climate change or possible future pandemics. Similarly, it is unlikely, but not impossible that the pandemic may reinvigorate progressive economic policies, but that seems even less likely.

The negative effects in the new year, in addition to the loss of life, may not be seen immediately, but it is still possible that in 2021 Covid-19 could devastate several less wealthy countries which could lead to instability, violence and a rise of extremism.

The global economic downturn will be a drag on many economies in both wealthy and poor countries that may contribute to increased migration from poor countries and rising xenophobia in wealthy countries. It is now clear that as we begin a New Year, and the second year of the pandemic, we are only beginning to see how the pandemic is changing our world.