Even the Taliban need international aid 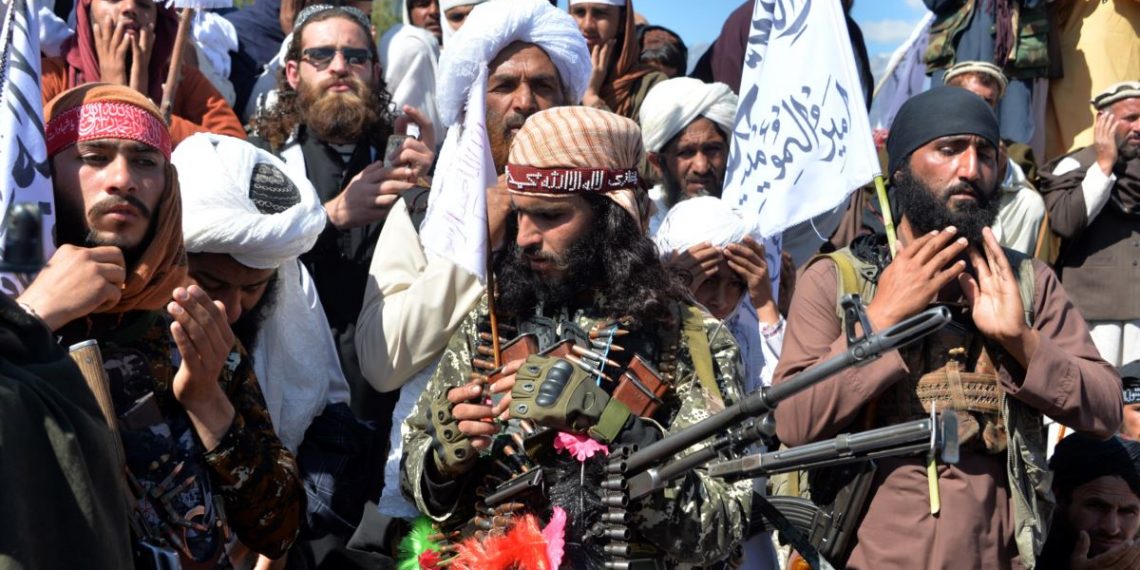 The Egyptian national was among those on the FBI’s most wanted list. The raid that resulted in his death was conducted amidst the ongoing peace negotiations between the Taliban and the Afghan government that were launched in Doha in February 2019.

Since that time, senior US military officials have continued to pursue their “home by Christmas” troop withdrawal objective. Tensions notwithstanding, the pending withdrawal of international forces brought a renewed sense of urgency for the talks to succeed. Even the Taliban understand how crucial the upcoming International Donors’ conference in Geneva on 23-24 November will be. Put simply, without international assistance, Afghanistan goes hungry.

After 40 years of uninterrupted conflict, Afghanistan is among the world’s most aid- dependent countries. Without official development assistance on a massive scale, the country cannot meet basic needs.

Against this background, Ambassador Tedo Japaridze talks to Shoaib Rahim, the Afghan Government’s Senior Adviser at the State Ministry for Peace, former Mayor of Kabul and Senior Adviser to Minister of Defence.

Ambassador Tedo Japaridze: Afghan security forces have killed Abu Muhsin al-Masri, a senior al-Qaeda leader on the FBI’s Most Wanted Terrorist list. How does his death affect the peace negotiations?

Shoaib Rahim (SR): One of the core articles of the US-Taliban Doha Agreement was the latter’s commitment to disengage with terrorist organisations specifically stating that Al-Qaeda and other terrorist groups would “have no place in Afghanistan”.

The operation by Afghanistan’s security forces to track and kill al-Masri clearly demonstrates Taliban’s breach of this commitment as al-Masri was operating and moving within Taliban-controlled territories and planning operations.

This raises a few possibilities with regard to the Taliban’s position with regard to the ongoing peace negotiations; first that the Taliban leadership are continuing to test the limits of US seriousness and resolve on the Doha Agreement and are betting on a White House decision to withdraw at any cost. This Taliban approach also resulted in the failed attempt to overthrow a major urban centre in Helmand a few weeks back. Second is the possibility that the Taliban Political Commission (TPC) and subsequently their negotiating team is disconnected from the military realities and their field commanders, which drastically discredits them and their ability to deliver on articles of any political settlement reached.

Simply put, the Taliban have not been able to demonstrate their intent to achieve a political settlement. Rather, they have consistently undermined the ongoing peace negotiations with a drastic increase in violence across the country as well as breaches of theDoha Agreement which they previously signed with the United States. If the international community is committed to ensuring political order and preventing chaos, it must increase pressure on the Taliban to demonstrate tangible commitment towards the peace negotiations.

TJ: In view of recent developments, are Afghan forces ready to fill the security vacuum left by the gradual withdrawal of international troops?

SR: Afghanistan’s National Defense and Security Forces (ANDSF) completely took over the war effort back in 2014 after the withdrawal of over 100,000 coalition forces. ANDSF has planned and carried out most of the military operations across the country since and have maintained the territorial integrity of the country as well as all the country’s provinces in doing so. For this reason, it is important to characterise the current withdrawal more accurately.

Current international troop levels in Afghanistan are essentially limited to counter-terrorism efforts, advice and assistance missions and basic force protection for diplomatic missions. The weight of the war is on the shoulders of ANDSF. Continued funding and support for the Afghan forces will be critical and commitments have been made for the foreseeable future, which would provide stability for maintaining operational capabilities.

This leaves the air support provided by the US Air Force, the levels of which has been systematically reduced since 2019. Supporting the Afghanistan Air Force (AAF) and sufficiently equipping them with the right set of tools would cover for any decline in air capability as well. AAF currently uses A-29 Super Tucano Bombers, MD 500 and Mi-35 weaponised helicopters to provide air protection for ground forces. Building on this AAF fleet would address any major concerns about a possible Taliban take-over upon complete withdrawal.

TJ: In view of the recent progress in the peace negotiations and the ongoing COVID-19 crisis, what are your hopes for the forthcoming international donor’s conference in Geneva?

SR: Geneva’s role is critical to ensure a strong message is sent by the international community endorsing a constitutional order in Afghanistan, regardless of the political settlement reached between the parties through the negotiations.

A this point, one of the few common denominators between both negotiating teams is the recognition that without continuation of donor support, chances of successfully implementing any political settlement reached would be drastically reduced. A realistic move towards self-reliance would only be realised upon reaching a comprehensive ceasefire allowing for country-wide coverage of national programmes without security risks or threats compromising them.

The hope is that the donor community acknowledges this critical juncture, particularly with the peace process, and that it declares its unwavering support in favour of a stable Afghanistan.