The US Needs a National Election Law and Commission 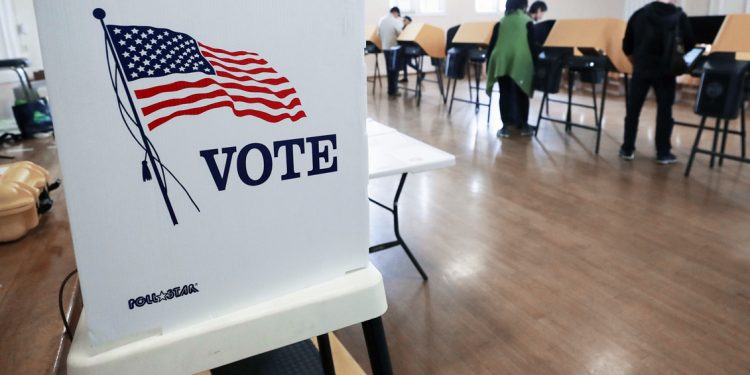 ”The absence of this kind of commission in the US is not just a quirk of American federalism, but a longtime obstacle to democracy.”

As the US careens towards an election that is already ripe with confusion, misinformation, voter suppression and lack of confidence-a situation that is likely to get much worse in the coming weeks-it is increasingly apparent that America’s electoral structures and rules are not working. The undemocratic nature of the electoral college and the US Senate have been well documented, but on a more granular level, American elections are inconsistently, and frequently, poorly, administered.

This is in significant part due to efforts by those in power to limit access to the franchise, but it is also frequently the product of incompetence and antiquated rules and structures.

The first thing to know about America’s electoral structures is that there are essentially no American electoral structures. Instead there are fifty states each with their own electoral laws and structures that vary significantly as well as a relatively small handful of federal election laws. Processes for registering to vote and for managing the voter rolls, availability of vote by mail options, even the hours the polling places are open are among the many ways the laws differ from state to state.

All of these different policies have an impact the outcome of elections. For example, in New York State, polls are open for fifteen hours on Election Day, but in many states the polls are only open for 12 hours on Election Day. This sounds like a small thing unless you are a busy person with childcare and work responsibilities who might struggle to find time to vote on a Tuesday.

The partisan implications of that are clear and favor Republicans. In general, voter suppression policies and laws are implemented at the state and local level. The federal government can combat this through legislation, but that legislation can be overturned. This is what happened in 2013 when the Supreme Court significantly weakened the historic Voting Rights Act of 1965.

Additionally, because there is no centralized voter registry, every time an American moves from one state to another she or he must register to vote in the new state. This creates several problems. First, voter registration processes vary from state to state, so in some cases the new resident must seek out information about how to register in their new state.

Deadlines about how close to an election one can register also varies, so voters may be disenfranchised in a presidential election simply because they moved to a new state in October. Additionally, the states’ voter registrars do not always communicate with each other. This means that, for example, a voter who moves from New York to Texas and registers to vote in Texas, would very likely still be a registered to vote in Texas. It is a felony to vote in two states in the same election and very few people do it, but this is a sloppy policy that allows for the possibility and perception of voter fraud. Donald Trump has ranted about how voting by mail is prone to election fraud. There is no evidence that voting my mail leads to fraud, but one way to reduce concern would be to create a national voter registry.

Most democratic countries have a centralized election board or commission that administers elections, manages the voter lists and other related tasks. These countries also have a single unified election law to make the experience easier, more consistent and more democratic for all citizens. The absence of this kind of commission in the US is not just a quirk of American federalism, but a longtime obstacle to democracy. For example, at the height of the Jim Crow era when African Americans in the south were almost entirely disenfranchised, it was state laws, not federal laws, that stripped them of their right to vote.

It is past time for the US to create a unified national set of election laws, voter registry and election practices. This would be a seemingly small, but extremely significant step that would help the US become more democratic. It is also unlikely to happen because it would have a partisan impact. In America today efforts to make the country more democratic are summarily dismissed by Republicans as attempts by the Democrats to gain a partisan advantage. A single and clear set of election laws that made it easier for everybody to vote is democratic reform, but it would also help the Democratic Party. The Republicans are not wrong about that. However, this underscores that the core Republican strategy, whether Donald Trump is running for reelection or in a competitive race for an open legislative seat, is to manipulate and limit access to the franchise.