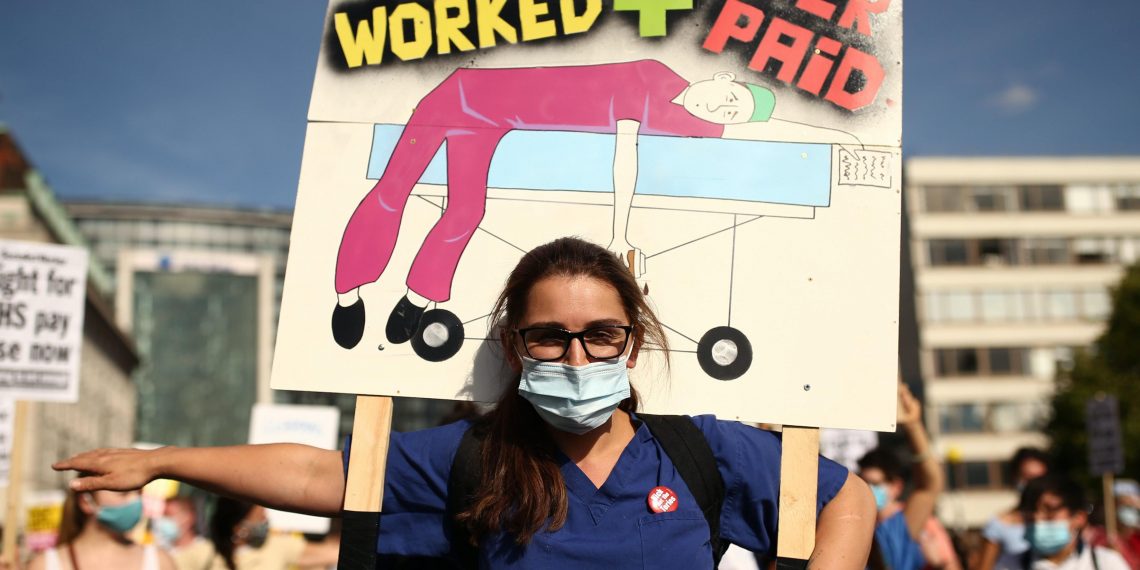 A parliamentary committee report published today warned of an “emerging crisis” in NHS nursing. It cited that around a third of nurses think about quitting their jobs within the first three years of joining.

The Public Accounts Committee NHS Nursing Workforce report said that nurses had played a “vital role during the pandemic despite around 40,000 unfilled vacancies that had already placed pressure on the profession. However, it criticised the Conservative government’s commitment to supply 50,000 more nurses by 2025 as part of an election promise, saying it did not understand the NHS’s nursing needs, and it was not based on adequate modelling.

Travel restrictions due to COVID-19 have undermined the government’s plan to rely on short term supply from overseas recruitment to plug staffing shortages.

A think tank called the King’s Fund, and a Royal College of Nursing survey also found that more than a third of nurses are considering leaving the profession. Reasons for wanting to leave were overwhelmingly due to low pay while low staffing levels, treatment during the pandemic, and lack of management support also played a factor.

The report said there were “worrying indications that the NHS has reverted from long-term planning to short-term firefighting”.

It concluded the NHS should protect nurses’ mental health and well-being and shared concerns about safeguards needed to protect BAME staff disproportionately affected by the coronavirus, their work experience, and career progression.

The damning report comes after a committee report earlier in the year that found care homes had been “thrown to the wolves” and that nursing needs in social care were an unaddressed afterthought.

The Public Accounts Committee’s chair, Meg Hillier, said, “I fear with the strain of a huge shortage of nurses and the worrying reports of low morale and huge numbers considering leaving in the next year, we are facing an emerging crisis in nursing.”

In addition, she said she appreciated the strain the virus is placing on the NHS, but “it must not take its eye off the ball and allow a slide back into short-term, crisis mode”.