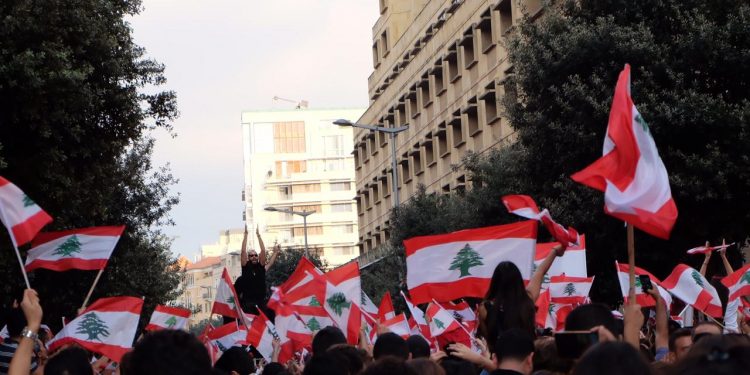 Lebanon’s President Michel Aoun warned Monday that sectarian in-fighting over ministerial appointments continues to constitute a major obstacle to formation of the beleaguered country’s new government, France24 reports. Aoun stressed that faction leaders must come to an agreement in order to turn the deepening crisis around and help launch much needed reforms.

The country is facing a severe economic crisis as squabbling factions hold rigidly to their demands for representation in the new cabinet. Earlier in the day, Prime Minister-designate Mustapha Adib urged the various factions to show some cooperation and flexibility in helping form a new government, pointing out that this was vital if the French initiative to steer the country away from crisis was to succeed. Adib pressed all sides to support the formation of a government of specialists capable of halting the county’s collapse and averting the deepening crisis. He said he was prepared to work tirelessly alongside Aoun in order to achieve this goal.

Adib’s proposal to reassign ministerial appointments has met with stiff resistance from Lebanon’s Shia parties Hezbollah and Amal which remain determined to have a controlling say in ministerial assignments, most notably who should become the minister of finance.

France is still attempting to resolve the deadlock which threatens to sabotage President Emmanuel Macron;s initiative to install a reformist government of independent specialists committed to overcoming the current crisis, AP reports.

As part of Lebanon’s sectarian power-sharing agreement, top government posts including that of the President, Prime Minister and Speaker of Parliament are distributed customarily according to sect. This arrangement stipulates an even distribution of seats between Muslim and Christian sects, but does not distribute seats according to sect.

In urging the two Shia groups to cooperate, Aoun has stressed that, just as Lebanon no longer has time to spare, so, in the current crisis situation, no sect has a claim to any specific Cabinet portfolio.

In March, Lebanon defaulted on paying back its debt for the first time, with local currency collapsing leading to hyperinflation, and poverty and unemployment soaring. France and other members of the international community are refusing to provide aid to Lebanon until and unless the country implements serious reforms.