Donald Trump casts doubt on Navalny poisoning, saying US ‘hasn’t had any proof’ 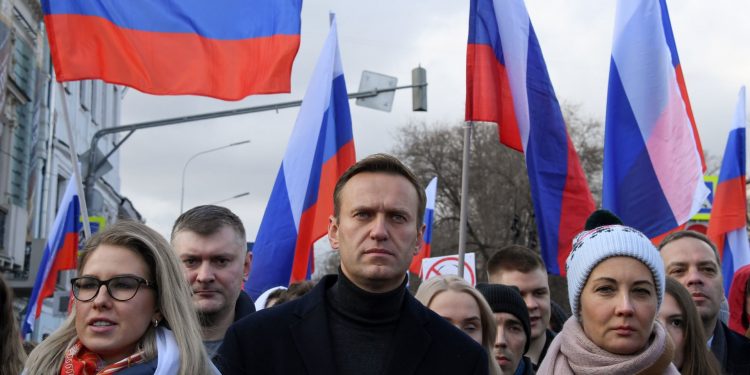 President Donald Trump said the United States must look “very seriously” into the poisoning of Russian opposition leader Alexei Navalny, but that his administration had not yet seen any proof.

“I think we have to look at it very seriously, if it’s the case,” he said, before talking at length about his diplomatic efforts in North Korea and nuclear non-proliferation in Russia. “I don’t know exactly what happened. It’s tragic. It’s terrible, it shouldn’t happen. We haven’t had any proof yet, but I will take a look.

“It is interesting that everybody’s always mentioning Russia … but I think probably China at this point is a nation that you should be talking about much more so than Russia.”

This week the German chancellor, Angela Merkel, revealed that tests at a military laboratory had “identified unequivocally” that the Kremlin critic had been poisoned with nerve agent novichok and called the case an “attempted murder”.

On Friday Nato condemned the attack as “horrific” and called for those responsible to be brought to justice. “Time and again we have seen critics of the [Vladimir Putin] regime attacked and threatened. Some have been killed,” said spokesperson Piers Cazelet.

Russia has until now not opened a criminal investigation and said there is no evidence yet of a crime. On Friday it continued to offer alternative theories for why Navalny fell ill two weeks ago, ranging from stress, dieting or a “simple lack of breakfast”.

Trump did not take as strong a stance as the state department, which earlier on Friday expressed grave concern about the finding that Navalny was poisoned.

In a meeting in Washington earlier on Friday, deputy secretary of state Stephen Biegun told Russian ambassador Anatoliy Antonov that Moscow’s use of this chemical weapon would be a clear violation of its obligations under the chemical weapons convention.

“The deputy secretary urged Russia to cooperate fully with the international community’s investigation into this attack,” department spokeswoman Morgan Ortagus said in a statement.

Navalny is the most popular and prominent opponent of President Vladimir Putin, and the German announcement this week that he was poisoned by a nerve agent has raised the possibility of further western sanctions against Moscow.