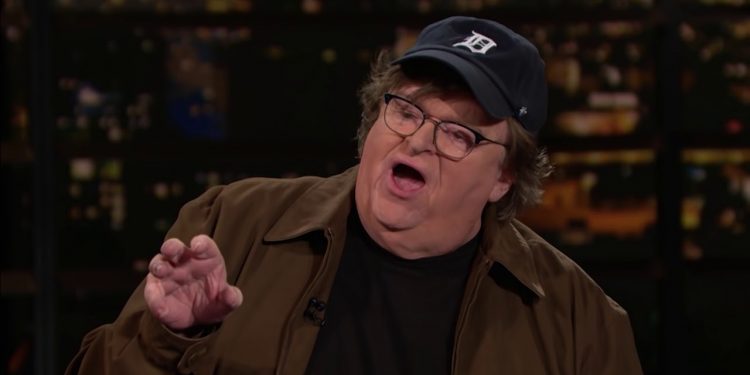 The documentary film-maker Michael Moore has warned that Donald Trump appears to have such momentum in some battleground states that liberals risk a repeat of 2016 when so many wrote off Trump only to see him grab the White House.

“Sorry to have to provide the reality check again,” he said.

Moore, who was one of few political observers to predict Trump’s victory over Hillary Clinton in 2016, said that “enthusiasm for Trump is off the charts” in key areas compared with the Democratic party nominee, Joe Biden.

“Are you ready for a Trump victory? Are you mentally prepared to be outsmarted by Trump again? Do you find comfort in your certainty that there is no way Trump can win? Are you content with the trust you’ve placed in the DNC [Democratic National Committee] to pull this off?” Moore posted on Facebook late on Friday.

Moore identified opinion polling in battleground states such as Minnesota and Michigan to make a case that the sitting president is running alongside or ahead of his rival.

“The Biden campaign just announced he’ll be visiting a number of states – but not Michigan. Sound familiar?” Moore wrote, presumably indicating Hillary Clinton’s 2016 race when she made the error of avoiding some states that then swung to Trump.

“I’m warning you almost 10 weeks in advance. The enthusiasm level for the 60 million in Trump’s base is OFF THE CHARTS! For Joe, not so much,” he later added.

Moore cited CNN polling of registered voters this month to assert that “Biden and Trump were in a virtual tie”, including a poll that showed the pair tied at 47% in Minnesota. Moore said that Trump “has closed the gap to 4 points” in Michigan.

A national CNN poll this month showed that Biden’s lead over Trump has narrowed nationally, 50% to 46%, while a survey from the Republican-leaning Trafalgar Group found Biden and Trump statistically tied at 47% in Minnesota, and Trump narrowly leading Biden in Michigan. The margin of error for the poll, which surveyed 1,048 people, is 2.98%.

Moore, a vocal supporter of Bernie Sanders’s leftwing candidacy, warned in October 2016 that “Trump’s election is going to be the biggest ‘f*** you’ ever recorded in human history – and it will feel good,” even as Clinton appeared to be sailing to victory.

“Whether Trump means it or not is kind of irrelevant because he’s saying the things to people who are hurting, and that’s why every beaten-down, nameless, forgotten working stiff who used to be part of what was called the middle class loves Trump,” Moore warned at that time.

Moore’s latest warnings come as Trump said at a campaign event in New Hampshire on Friday night that he supported seeing the first female president of the United States, but recommended his daughter over the Democratic vice-presidential candidate Kamala Harris.

“They’re all saying ‘we want Ivanka,’” Trump told his supporters. “I don’t blame them.”