Stressed elephants at Warsaw zoo to be given medical marijuana 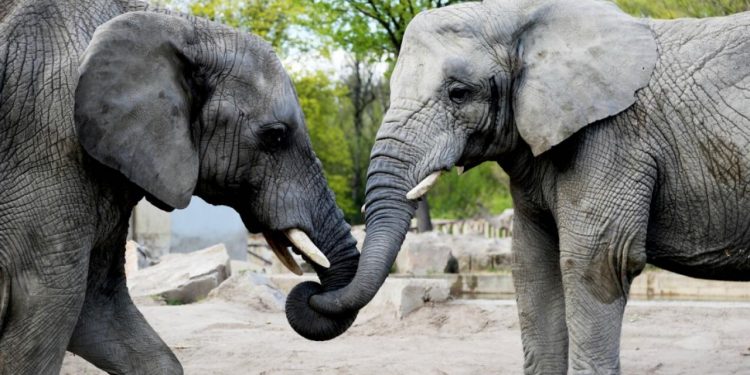 The Warsaw zoo has said it will start giving its elephants medical marijuana as part of a ground-breaking pilot project to test how it reduces their stress levels.

Medical cannabis has been used worldwide to treat dogs and horses but “this is probably the first initiative of its kind for elephants,” Agnieszka Czujkowska, the veterinarian in charge of the project, said.

The zoo’s three African elephants will be given liquid doses of a high concentration of the relaxing cannabinoid CBD through their trunks.

The veterinarian said the CBD causes neither euphoria nor harmful side effects on the liver and kidneys.

The project, she said, comes at an opportune time because the zoo’s herd has recently had to cope with the death of its alpha female. The zoo monitors the elephants’ stress by checking their hormone levels and through behavioural observation.

Czujkowska said it will take around two years before her team has any conclusive results. If successful, the initiative could then be tried with other animals living in captivity.

“Contrary to what some would imagine, the elephants won’t be using cannabis pipes nor will they be getting huge barrels of it” to match their size, Czujkowska said with a laugh.

The initial doses will be comparable to those given to horses: a vial’s worth of a dozen drops of CBD oil, two or three times a day.

“The female Fryderyka has already had a chance to try it and she didn’t say no,” Czujkowska said.

Poaching has decimated the world elephant population, which slumped in Africa from several million at the turn of the 19th century to around 400,000 today.