Shinzo Abe: concern in Japan after second hospital visit in a week 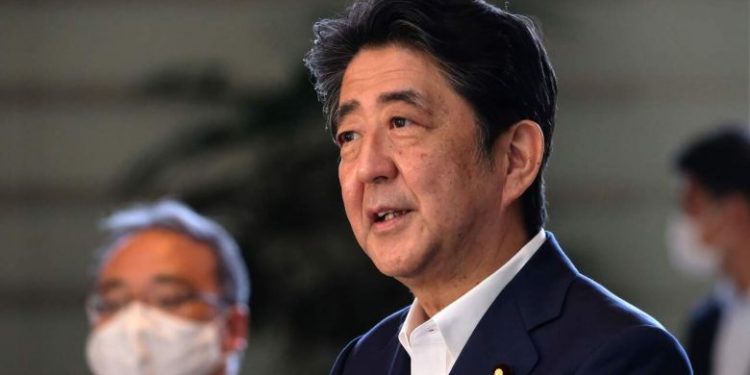 Japan’s prime minister, Shinzo Abe, has made his second trip to hospital in a week, prompting renewed concern over his health.

Abe, who marked 2,799 consecutive days as prime minister on Monday – beating the record set by his great uncle, Eisaku Sato – refused to discuss details of his visit to Keio university hospital.

“Today, I received detailed explanations about the results of the tests from last week, and I had additional tests. I’m making sure I’m in good health, and I plan to keep working hard,” he told reporters, adding that he would provide more information about his health at a later date.

The nature of the ailment is not clear, but Abe suffers from ulcerative colitis, an inflammatory bowel condition that was partly blamed for cutting short his troubled first term in office, which ended with his resignation in September 2007 after a year.

When he became prime minister for a second time in late 2012, Abe, who turns 66 next month, said he was managing the illness with newly available drugs.

But his recent hospital visits and refusal to discuss details of his health have fuelled speculation that he may not be able to continue until his term as prime minister and Liberal Democratic party president ends in September 2021.

The government’s spokesman, Yoshihide Suga, attempted to calm speculation about Abe’s health. “I see him every day and I haven’t noticed anything different,” he said. When asked if Abe would be able to serve out his term, Suga said: “The additional tests are being done to achieve that end.”

The Nippon TV network disputed claims that Abe’s second hospital visit was for a check-up, citing multiple unidentified government sources saying that he was receiving treatment for a “chronic illness”.

Speculation about Abe’s health has been building since a magazine reported he had vomited blood in July, while political journalists noted he had looked tired in recent weeks and was moving more slowly that usual.

In the past week he has spent only a few hours a day in his office, and only in the afternoon. Earlier this month, he was criticised for not holding a press conference on the government’s response to the coronavirus pandemic for several weeks.

In the event that Abe is incapacitated, his deputy, the gaffe-prone finance minister, Taro Aso, would take over as acting prime minister.

Tobias Harris, a Japan specialist at Teneo consultancy and the author of a new book on Abe, expected the government to come under pressure to explain his health issues.

“It seems as if the government hoped that with a pause Abe might recover and therefore his condition would not become a political issue,” Harris told Agence France-Presse. “After his second unexpected hospital visit in as many weeks, I think that approach has run its course … it will be increasingly difficult for the government to avoid providing a more transparent account of Abe’s condition.”