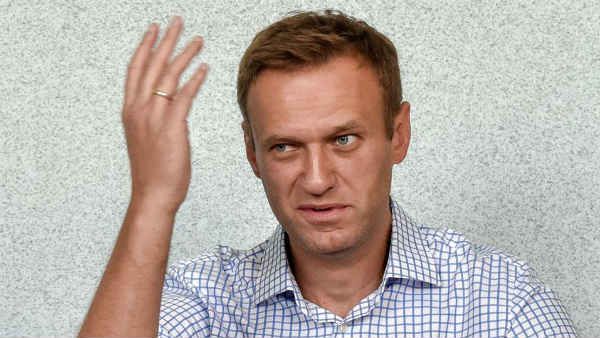 Alexei Navalny has had a target on his back for years.

The Russian opposition leader had irritated some of Russia’s most powerful men with his slick YouTube investigations into the industrial-scale corruption that he says has proliferated under Vladimir Putin.

His subjects were livid. Viktor Zolotov, the head of Russia’s 300,000-strong national guard, threatened to pound Navalny into a “juicy steak” for what he calls libellous fabrications fromone exposé. A company tied to Yevgeny Prigozhin, a Russian catering magnate nicknamed “Putin’s chef”, successfully sued his Anti-Corruption Foundation for $1.6m over a report on tainted school lunches. And courts had blocked a video about Dmitry Medvedev, the country’s prime minister and former president, that helped spark street protests in Moscow in the summer of 2017.

Navalny, a trained lawyer who began his investigations into Russian state energy companies in the late 2000s (his main outlet was a LiveJournal blog), has an operation that has grown into a guerrilla newsroom, an opposition research centre and a campaign strategy headquarters seeking to unseat the United Russia party by channelling votes to its most likely opponents.

But he has remained a muckraking investigative journalist, employing corporate records, drone footage and social media content to show how Putin’s circle has siphoned off billions and package it in a way that appealed to millions of internet-savvy Russians.

“Navalny’s main activity is his investigations into the primary feature of Putin’s regime: corruption,” said Lyubov Sobol, an ally and a lawyer at his Anti-Corruption Foundation. “He is the main opposition figure in Russia because of these investigations.”

He has faced years of pressure for that. Navalny was also poisoned while behind bars in 2019 and was attacked in 2017 with a green dye that left him partially blind in one eye. He has spent months in jail for protests, and months more in courtrooms in a series of criminal cases.

Those around him have suffered too. His brother spent three and a half years in a penal colony for embezzlement, a case that the pair had called politically motivated. A key investigator was detained and sent to the remote Arctic for his mandatory military service.

And Sobol’s husband, Sergei Mokhov, an anthropologist, went into convulsions in 2016 after he was stabbed with a syringe in his upper thigh. Sobol has blamed an ally of Putin’s for the attack, and in an interview on Thursday, called poisoning the “hallmark of the Kremlin”.

Navalny was on a work trip before regional elections when he was allegedly poisoned, she noted, hinting that he was working on an investigation in Siberia. But she believed that an order for an attack on him would have to come from higher up in the Russian government.

“It’s unlikely that some small, local official, or even a local governor, would step up to such a serious crime,” she said.

The Kremlin spokesman Dmitry Peskov said it was necessary to wait for test results showing what caused Navalny’s condition. The state news agency Tass reported that police were not considering deliberate poisoning.

Navalny occupied positions in the liberal Yabloko party in the early 2000s before gravitating toward nationalist politics by the end of the decade. In 2008, he bought stakes in five Russian energy companies to gain access to their financial releases. In 2010, he published a leaked report that suggested up to $4bn was stolen from Transneft, a state-controlled company, during construction of a pipeline.

He emerged as an opposition leader during the 2011 Bolotnaya protests, when more than 100,000 Russians came out to protest against vote-rigging in parliamentary elections on the heels of an announcement that Putin would seek a third term as president.

He ran for mayor of Moscow in 2013, losing with 27% of the vote, and went on to organise boycotts of the 2018 presidential elections and this year’s nationwide vote, which would allow Putin to remain in power until 2036.

But several times each year, he and his team would drop a blockbuster investigation, tying a former prosecutor general to organised crime, putting Putin’s spokesman Peskov on a luxury yacht he could not afford, or identifying the lavish, apparently taxpayer-funded gifts a government banker gave to his mistress, including a plaque on a Central Park bench that read: “Don’t forget we are of the same blood. I LOVE YOU.”

“I think his general activity is very irritating: the investigations, the political activities, his desire to take part in elections,” said Petr Verzilov, the publisher of Mediazona, who faced a poisoning attack in 2018 that he described as “exactly like Navalny’s”. “The Kremlin realises if they jail him it will just raise his popularity and lead to mass protests … but you expect that a physical attack, a poisoning, that this could happen.”

Somehow, he had skirted the grisly fates that had met others such as Boris Nemtsov, a close ally, who was gunned down in sight of the Kremlin in 2015. He has said he does not know how.