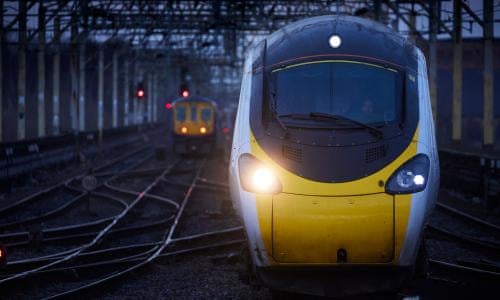 Rail fares must be cut to entice travellers back on to trains after Covid-19, according to the passenger watchdog, which has urged the UK government to subsidise similar money-saving deals to those for the restaurant sector.

Transport Focus said a radical shake up of the fares system should go beyond a fares freeze to include cut-price deals and flexible season tickets for people who may in future only be commuting part-time.

It has joined unions and campaigners in calling on the government to revise fare policy urgently before a new hike is set for 2021. Rail passenger numbers are at less than a quarter of their pre-lockdown levels.

The size of the annual increase in regulated fares is set by July’s retail price index (RPI) inflation figure, which will be announced on Wednesday. The rise for 2021 is expected to be the lowest in years, but fares and season tickets in particular will become increasingly unaffordable as the recession bites, campaigners say.

Anthony Smith, the chief executive of Transport Focus, said: “The government needs to get train companies to offer a combination of cut-price deals, carnet style ‘bundles’, flexible season tickets for commuters and better value for money fares across the board.

“Like the government’s restaurant deal, we need a ‘head out to help out’ campaign to help get the country on the move again, boost the economy and reduce traffic on our roads.”

The watchdog’s surveys show that almost two-thirds of former rail commuters expect to work from home more in future. Only one in three passengers was satisfied with their rail ticket’s value for money.

Research suggests that an even greater proportion of south-east commuters, who account for almost 70% of UK train journeys, do not plan to return to the office full time. The director of London TravelWatch, Emma Gibson, said it was a “once in a generation opportunity for the government to fix the broken fares system”.

She said: “We know some operators have already introduced carnets and flexible ticketing, but more needs to be done as millions of passengers are currently missing out.”

The RMT union has called for a national scheme for flexible ticketing, citing figures showing that even before the Covid-19 crisis there were more than 8.3 million people working part-time in the UK. It proposes annual season tickets valid for two, three or four days a week rather than across seven.

Under the RMT plan, an annual three-day-a-week Brighton to London flexible season ticket would cost a pro-rated £2,748, saving a part-time commuter £1,832. The cost of an equivalent Glasgow to Edinburgh ticket would fall from £2,504 to £1,502.

The RMT’s Mick Lynch said: “The reality is many commuters and their firms will be holding off purchasing season tickets for 2021 as home working becomes a long term feature. There will be a massive drop in demand for conventional season tickets and unless the demand for more flexible tickets and affordable tickets is met, commuters will permanently abandon the railway.”

The Campaign for Better Transport has called for rail fares to be frozen. Its chief executive, Darren Shirley, said a fare rise in January was the last thing people need. It “will further damage the economy and the environment at a time when we need to be investing in a green sustainable transport-led recovery,” he said.

Bruce Williamson of the campaign group Railfuture said: “It’s very important that the government sends a signal that they want people to use trains. If it can find money for me to get £10 off at Burger King, then it can afford to freeze rail fares.”