Murder hornets spotted in Britain — and experts are fearing the worst 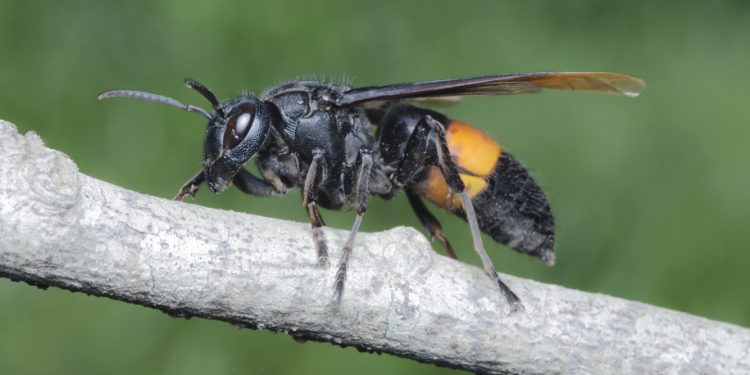 Not only do the Brits have COVID-19 and Brexit to contend with —they now have murder hornets on their shores.

The Giant Asian Hornets have been spotted in Devon and environmentalists are worried they could spread across the country.

The invasive insect, which can grow up to 2-inches long, are a threat to honey bees — which they can decapitate in seconds during mass attacks on hives.

“This is a threat to all pollinators, not just honey bees,” Gerry Stuart, a rep for the Asian Hornet Action Teams in Torbay, told DevonLive. “Unlike our native European hornet (Vespa crabro), it doesn’t fly at night. Thwarting its establishment here in the UK is crucial to protect our pollinators, UK flora, fruit and other insect-pollinated crop production.”

While a sting to humans isn’t usually fatal, the host of an extreme nature show described being stung as “Searing pain! Absolute searing pain!” Japan attributes 50 human deaths a year to the nasty buzzers.

“The public should be aware that whilst the Asian hornets are not ordinarily aggressive, they are advised that they should not under any circumstances approach a nest,” Stuart noted. “If they are disturbed, they will actively defend their nests.”

Colin Lodge, a member of Torbay beekeepers and founder of the first AHAT team in the UK, told DevonLive: “Generally nests are found high in trees but they are now starting to be found low down in garden shrubs, undergrowth, and roadside banks. Bee Inspectors found one in a shrub outside a dining room window of a house.

“Blundering into such nests in these sorts of places without protection has led to a number of fatalities on the continent from adverse reactions to the insect’s venom from multiple stings,” he continued. “The Asian Hornet could decimate our local native pollinator populations, we are asking everyone, to learn how to identify this non-native species from the other flying insects we usually see at this time of year.”

Across the pond, murder hornets have been seen and trapped in Washington state.