by BrusselsMorning
in Business
0 0
0 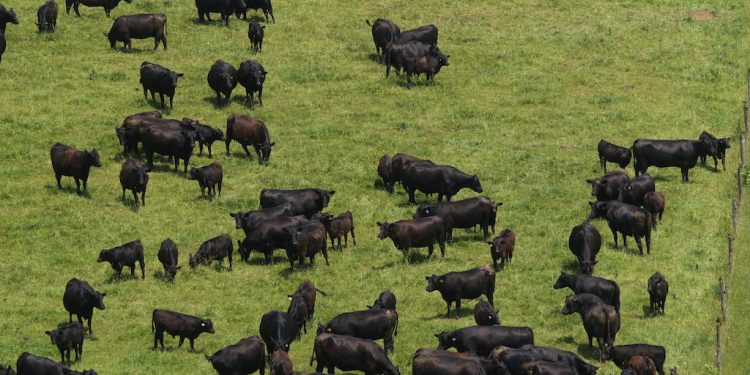 Visitors to the nature reserve around Balen and Mol in Antwerp province might be surprised to find a herd of Aberdeen Angus cattle grazing in what looks like perfect liberty – but the fences keeping them in are invisible.

Three years ago, farmer Robin Mens from Olmen near Balen invested in some expensive but highly sought-after Angus beef cattle, for which he required some prime grazing land. The only option of sufficient quality in the area was part of the Scheps reserve maintained by the Flemish agency for nature and woodland (ANB), who agreed to allow him to graze his cows there.

The only trouble was, a nature reserve is no place for fences or electric wire, so there would be no way to make his cattle stay in one defined area.

“The result was that those pastures risked being lost, and there was little else to do but to get rid of the animals,” he told Vilt, the Flemish agriculture information centre.

He scoured the internet looking for a solution, and landed on a Norwegian website experimenting with a GPS tracking system. After months of talks, the Norwegians agreed to allow Belgium to become the first – and so far only – country to use their system, as long as Mens’ project had support from nature organisations, government and universities.

Now since earlier this month the proud Angus cattle roam the fields of the Scheps reserve with not a fence post or barbed wire in sight.

The project is being monitored by the local regional landscape authority, and the permission of the ANB, while the university of Leuven is studying the effects on the soil, the local wildlife and animal welfare.

Mens himself has no problem keeping an eye on his herd: there’s an app for that.

“My animals wear a collar with a GPS,” he explains. “That way I know exactly where they are at any time. But even more interesting is that I can fully control them with this system. I can digitally mark out a pasture. If they are in danger of crossing those digital boundaries, they will first hear a sound that warns them to turn back. If they don’t respond to that, they will receive an electric shock, but many times smaller than they’d get from an electric fence wire.”

Should even that deterrent not be enough, he will be notified by phone via the app. But the problem seems unlikely to arise.

“They have been wearing the neckband for days now and have already fully adapted to the system, so that they remain well within the demarcated digital pasture,” he said.

“That is incredible. I am sure that this system will really take off in livestock farming.”