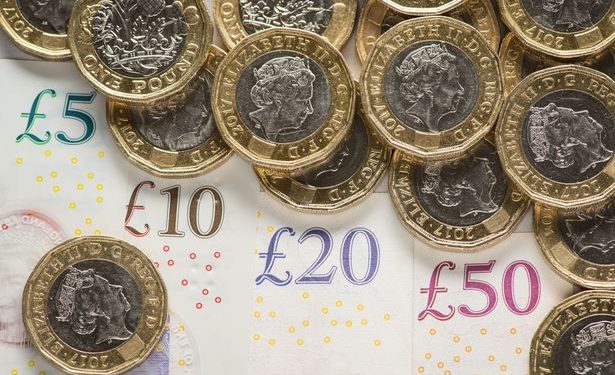 London (Brussels Morning) Around two million employees are paid less than the national living wage in the UK, according to official figures.

The data, published by the Office for National Statistics, showed that furloughed low-paid workers were less likely to have their wages topped up by their employer.

It reveals the scale of the impact of the first lockdown and the government’s job retention scheme on the UK labour market.

The official statistics showed a 0.9 percent drop overall in wages in the year until April 2020, while average hours paid fell 1.5 percent.

However, a more granular look per sector showed some areas of work were more disproportionately affected.

Thirty-nine percent of workers in accommodation and food services, for instance, were furloughed compared to 11 percent across the board.

The ONS research also showed around half of those on £8.72 per hour or less were furloughed on reduced pay compared to five percent paid £15.87 per hour or more.

These two data points meant two million workers had fallen below the threshold of the legal national living wage in April after the first nationwide lockdown commenced in March.

“Young people and low-paid workers in customer-facing roles, such as hospitality and leisure, were hit hard during the first lockdown, and are likely to be hit hardest again during the coming lockdown too”, said Nye Cominetti, Senior Economist at the Resolution Foundation.

“Given the scale of the economic shock facing Britain, [the data] also confirms how much of a living standards lifeline the Job Retention Scheme is for millions of often low-paid staff”.

Cominetti also said that furloughing alone could not shield workers from the crisis.

“It’s a sobering reminder of just how important our wider social security safety net is – and why it should be strengthened, not cut back, next April, as the Covid-crisis continues into 2021”.

A second national lockdown will commence on Thursday for four weeks covering the whole of England, with Scotland, Wales and Northern Ireland operating their own lockdown measures.

The government has extended its furlough scheme at 80 percent of wages until December.