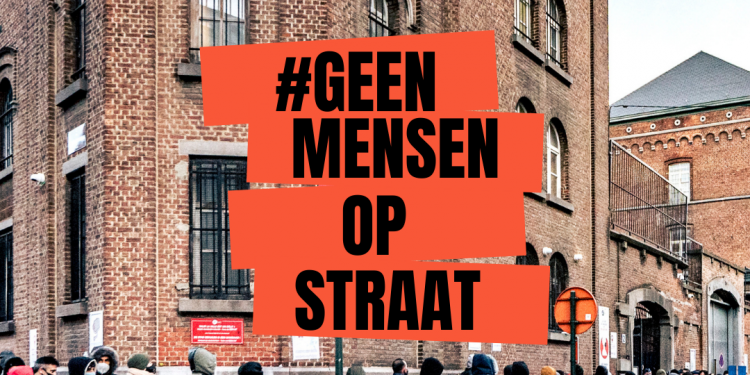 Brussels (Brussels Morning) A reception crisis has been raging in Belgium for months. That is why Vluchtelingenwerk Vlaanderen and Amnesty International started a petition, through which they collected more than 18,000 signatures. On Wednesday, they went to the office of the Secretary of State for Asylum and Migration Sammy Mahdi to hand over the petition.

According to Bruzz, over 18,000 Belgians have signed the petition #GeenMensenOpStraat. “That is a strong signal to the State Secretary,” says a spokesman for Refugee Work Vlaanderen Elias Van Dingenen. “As a civil society organization, we have been raising the issue for some time that something has to change, but now we can put the power of the 18,000 votes that say the same thing behind it.”

The organizations call on the State Secretary to provide emergency shelter. They also want the guarantee that any person can apply for international protection. The government must also work on a more flexible reception system with a focus on small-scale initiatives, in order to prevent similar crises in the future.

“After the petition was delivered, the State Secretary entered into a conversation with our director Tine Claus and the director of Amnesty International Belgium Philippe Hensmans. Afterward, we were able to welcome the State Secretary for a discussion within our organization,” says Van Dingenen. Van Dingenen cannot say anything about the content of the conversations.

Refugee Work Flanders will continue to monitor the situation at Klein Kasteeltje. “It is a very difficult situation for all services involved, including the Secretary of State himself. It remains the responsibility of the State Secretary to ensure that this is resolved as quickly as possible.”