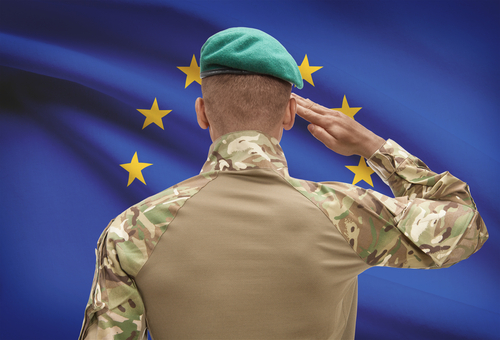 Brussels (Brussels Morning) A group of EU member states have revived the push for an EU army, proposing the formation of a military force for early intervention in international crises, according to a senior EU official cited in a Reuters report.

The official pointed out that the group comprising 14 countries wants the EU to set up a force of 5,000 troops, preferably supported by aircraft and ships, which could intervene abroad and support foreign democratic governments in need of help.

EU defence ministers are to discuss the proposal this week at the regular meeting headed by Josep Borrell, High Representative of the EU for Foreign Affairs and Security Policy. Borrell has previously criticised the bloc for not intervening more abroad.

The EU first discussed the formation of armed forces in 1999, with the bloc setting up a system of battlegroups in 2007 to respond to crises, which was never utilised.

The battlegroups could serve as the basis for the proposed military force in the renewed push for an EU army.

This year the bloc set up a budget for joint development of weaponry and it is preparing to draw up a military doctrine next year, having regretted its lack of military capabilities last year.

Referring to the EU’s military capabilities, the senior official noted that “Borrell has always said the EU needs to learn the language of power”.

Thus far, the EU has largely used its soft power in the form of aid and trade to spread its influence abroad, engaging in a limited number of military missions in other countries.

The bloc has traditionally relied on the US and NATO for the use of military force, but former US presidents including Donald Trump have called on the EU to pull its weight in NATO. They have urged the bloc to work more on its security, especially its borders, while assuring the bloc that NATO will continue to support it.