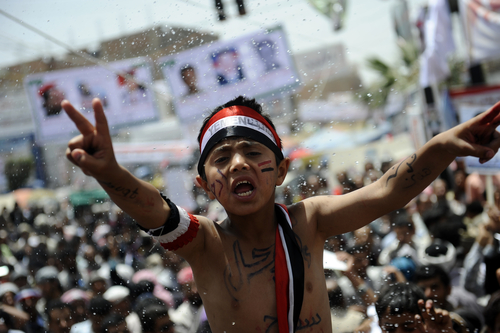 Ten years after the Arab Spring, James Moran reflects on europe’s role in the Middle East and North Africa.

Brussels (Brussels Morning) Much has been written this January about the tenth anniversary of what was once called the Arab spring, most of it rather depressing. Looking around Middle East and North Africa (MENA), there are few, if any, places that could claim to be better off today. The clarion call of the revolutionaries in Egypt was ‘bread, dignity and social justice’. But all remain in short supply.

Conflict smoulders on in Libya, Syria and Yemen, Lebanon is mired by the worst economic crisis in its modern history, and Egypt itself has seen a harsh crackdown on any form of dissent, although it has at least been able to enjoy a little economic growth, albeit for some. Tunisia is of course the main exception when it comes to rights and freedoms, although its economy is struggling. Middle East peace is at best on life support.

Why it went wrong is a question that will continue to preoccupy countless academics and political analysts within and outside of the region for years to come. Some point to the legacy of colonialism in many countries, which hampered the growth of democratic institutions and political parties. Others cite the lack of sustained support by the West for the revolutionaries, notably in Libya and Syria. Others still blame the pervasive influence of political Islam and entrenched ‘deep States’ and the widespread distaste of both for democracy and pluralism.

There are grains of truth in each of these arguments. But whatever the whys and wherefores, as waves of terrorism (much of it home-grown, it must be said) and illegal migration have washed up their shores, European perceptions of the region have certainly changed for the worse. The hopes of 2011 have been replaced by fears of instability in what the EU calls its southern neighbourhood, and those fears have become the main driver of its approach to it.

Hence the revised EU neighbourhood policy (ENP), underway since 2016, which stresses security and stability, alongside more traditional support for trade, development and civil society. The problem is that, while its capabilities have been growing in recent years, the EU as such is still not a major foreign policy actor when it comes to security, and among other things is hobbled by the need for unanimity in its common foreign and security policy (CFSP).

A good, if rather sad example of how that clips its wings is to be found in its approach to the conflict in Libya, where longstanding differences between some of its member states, notably France and Italy have prevented it from playing what many would consider its natural role as a conciliator and peacemaker, given Libya’s proximity and history.

Despite the EU’s declared support for the UN weapons embargo — and its associated operation IRINI, which is supposed to help enforce it — Paris, believing him to be a better bet for ‘stability’, has covertly provided arms to rebel Marshall Kalifa Haftar and his self-styled Libyan National Army. Italy on the other hand is a strong supporter of the UN-recognised Government of National Accord in Tripoli, seeing it as the main hope for good collaboration on controlling illegal migration.

The result is that the EU is still a marginal player when it comes to hard security in a prominent part of its own backyard, with others, especially Russia and Turkey – neither of which share EU interests there — displacing it as the main external player.

That said, in the wider region, the EU remains the main investor, trading partner and provider of assistance and continues to carry important economic clout and it retains a good measure of soft power, including in key areas like climate change where there is strong MENA interest in external aspects of the EU’s ‘green deal’. But it needs more international friends if it is to raise its effectiveness.

Hopes for the future

Speaking of friends, and with due respect to notions of European strategic autonomy, it is fair to say that the EU’s credibility and effectiveness in MENA has not been helped in recent years by the woeful state of transatlantic relations, now due for a major overhaul with the advent of the Biden administration.

Not that Washington is about to ride to the rescue. The new president has too many other domestic and foreign priorities on his to-do list. US disengagement in the region, a significant exception being Biden’s desire to revive the Iran nuclear deal, has been underway for some time now.

However, the US will likely expect the EU to do more on cementing stability, and in marked contrast to Trump will be supportive of that. The question for Europe is whether it can reform its CFSP, and to an extent, the ENP, in order to achieve that.

On the former there are various ideas under discussion that could help it wriggle out of the straitjacket of unanimity, for example in sanctions policy, but it is doubtful whether the EU is yet at a stage where a major breakthrough can be expected. On the ENP, a further revision is expected this spring, so as to accommodate the post-pandemic needs in the region, but details of that are not yet clear.

Whatever the EU does or does not do, progressive and lasting change in the region can only occur from the ground up. And there a few hopeful signs that the Arab ‘street’ is evolving: the largely peaceful protests in Sudan, Algeria and Lebanon over the past year have stopped short of full blown revolutions but have nonetheless driven political reform. They may point the way for the future, if – and given past experience it is a big ‘if’ – they can get organised for the longer term.